Chrisette Michele has the voice of an angel!

We are big fans of this lovely lady here at MusicConnex. Being signed to Motown Records seems to be a suitable home for the woman who has a voice reminiscent of the phenomenal Diva voices we grew up listening to from this iconic label. Last week saw the release of Michele's latest album 'Better' which was preceded by singles "A Couple of Forevers" and "Let me Win". 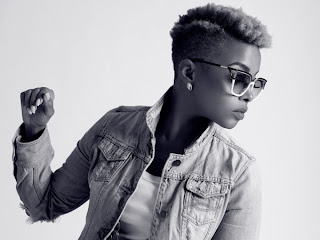 With features on the album such as 2 Chainz, Bilal and Wale to name but a few we have been eagerly awaiting the release date. The album does not dissapoint. In fact Michele has taken her music to another level again. We would highly recommend this album!

A Couple of Forevers

'Better' will be the Grammy award winner's fourth studio album and was released June 7th. Now available to download in iTunes.

Article By: Claire Cripps
Images By: MusicConnex does not own the copyright to any images shown. Image's used were sourced here.