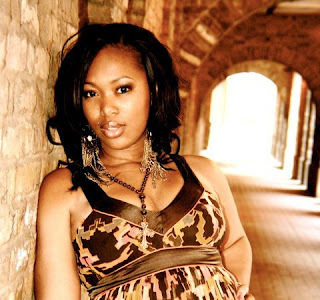 We recently sat down with the talented young singer Reese Robinson to get to know a little more about her before she appears at the MusicConnex showcase on July 20th.  When we spoke, Robinson was preparing for a night full of rehearsals for the many upcoming shows she will be involved in over the next two weeks.

CC: Tell us about one of your first memories of singing?
RR: My first memory of singing, I must have been about 7 and a solo came up in the school nativity play which was Silent Night and it was to play the Angel Gabriel. I went for it and I got it and I just remember being on stage and my Auntie bursting into tears. Really embarrassing.

CC: You were classically trained from a young age, how has this helped you as a vocalist?

RR: When my mum first suggested it to me, I was dead against it. I thought it would be really boring, take up too much of my time etc. But now, it’s really given me a good basis and a good understanding of how to use my voice. Understanding that actually this is an instrument and its not just here to make fun pop music but actually I can use it in different ways depending on what the genre is or whatever the task at hand. From that side its been nothing but helpful.
CC: Who would you say are your biggest influences music wise?
RR: My first was my Aunt, who is a professional singer. I remember watching her from a really young age, when she was on stage and feeling like ‘I really want to do that’. She would sing "I Will Always Love You" and bring the house down every night. So after hearing her sing that, I really wanted to be able to do that! Listening to the whole Bodyguard soundtrack age ten (trying to learn it). Now, Kim Burrell is a huge inspiration to me. She is a just amazing. To the point where I don’t even necessarily want to learn it, I just want to sit back and listen. It’s amazing what she is able to do with her vocal.  Also you can’t help but be influenced by people like Beyonce, who has taken this music thing and turned it into an art form. The woman is a dynamo. Whether you enjoy the music she is creating or not, you cannot fault her talent and business acumen.
CC: How do you go about the songwriting process?
RR: I’m very much lead by inspiration. If I hear something that I like, paper, pen and I’m done in 20 minutes! It’s always been like that. I find it quite difficult to write cold, because for me writing is about more than putting words on a page. It’s about sharing a story or conveying a message. So for me inspiration is the key.

CC: How did you go about finding your own sound?

RR: That took years! I started recording in a group and we used to go to the studio, three of us, and they other two had really interesting voices and for me being classically trained, my voice was straight down the middle of the line. I sang all of the notes as they should be but didn’t really have much personality past that. So it took years of exploring sounds of other singers and really trying to dig in deep to find what is now my sound. I suppose I didn’t really find it until I found what I call my ‘ugly’ and then I was able to say ‘ok, that’s what I sound like’. It’s that point for a singer when you go past singing notes well and actually express yourself. That point where your voice breaks and you think ‘oh I wasn’t meant to do that, but now I know how to do that, so let me do that again and start to use that technique as a tool’. Also in teaching. That has really helped as I have students come in and ask me about various techniques and I have to go away and figure it out and then come back to them. Everything that’s happened to me in my life and career has helped to develop what you hear now. 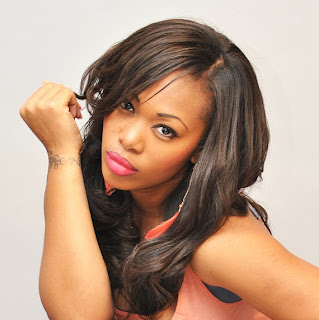 CC: Having performed with and for such a variety of artists, describe one of your favourite performances so far?

RR: Of my own performance’s, would be at Ronnie Scott's last year. It was an honour to be called down to headline that show upstairs at Ruby Sings. My band are amazing, if I do say so myself, not only because they are really good musicians but because we are close friends as well. You know my BV’s have been with me since we started this thing, so we have a lot of fun on stage, we have a lot of fun in rehearsals. But when we are on stage and we are locked in and we’re on a vibe, it doesn’t even matter what’s going on in the audience. It was just really cool, I had a lot of friends and family out to support and it was just a really nice night. We are actually due back there this month, which is really great.
CC: How do you get ready for a performance?

RR: This is the point where I should say ‘I go in and I warm up’ but I just don’t do that. For me, sound check is really important you know. Going in, making sure its all working properly, and after that I kind of like to just chill. Not get too stressed about what’s going to happen, because I think once you’ve come in, done the sound check, there’s not that much more you can do. So you have to get yourself into that head space where you are ready to convey the message that you penned maybe 6 months/ a year ago. There is a song I am working on at the moment which I wrote when I was 15 for example, so when the time comes for me to perform it, I will have to take myself back to the place that I was at at 15 and figure out what it was I was trying to say then so that I can convey that message back to my audience in this present day. I am definitely not one of those people that needs fresh white towels and all that nonsense (laughs). I make sure that the band and management are happy and that everything is set to go and then I just relax and get in the zone.
CC: If you could collaborate with any other artist dead or alive, who would if be and why?
RR: Oh Wow. I would love to collaborate with Robert Glasper, I think he’s amazing. I went to see him at the Royal Festival Hall last year and I was just like ‘Wow! This guy is just on a different wave length’, so definitely him.


CC: Musically what’s the best piece of advice you have been given?
RR: Be yourself. Be yourself! My vocal tutor, Mark De Lisser once said to me ‘you’re biggest problem is that you are trying to hard to sound like what you think you’re supposed to sound like’.
CC: What was the last track you listened to?
RR: This morning I was listening to (Nirvana) ‘Smells Like Teen Spirit’. I am doing a rock show next week with the choir and I’ve also been asked to do some arrangements for a show that we will be doing the following week and a lot of it is rock, and I’m kind of just discovering my inner rock chick actually!  So it’s been fun! It’s great to explore other genres and be able to take from that and put it into your music. I don’t think I realised how much I liked that song!

CC: What’s your preference: Download, CD, tape or Vinyl?
RR: I like a good CD. I am an 80’s baby you know. I like to buy a CD and put it in my front room and just watch the collection grow. Even though I never touch them! It's really silly actually because I buy the CD, then transfer it onto my iTunes and then it just sits in my front room. I should probably join the revolution and download but I just don’t like it.

RR: Get up really late. I’m not a fan of the mornings! Have some breakfast, listen to some good music, find my way to the studio at about 3pm in the afternoon and then just write. Press record and just let me go! That day is a good day to me.

It was a pleasure to sit down and speak with this young talent. She comes across as both confident and sure of the direction she wants to go as a vocalist and songwriter. We are eager to watch that journey take shape and be a part of the fan base which gets to experience the rise and rise of Reese Robinson.