The amazing Omar released his latest album titled 'The Man' on June 24th accompanied by two shows in the same week at the famous Jazz Cafe. So far the word on this album has been strong. Strong to the point that industry insiders are dubbing this the strongest Omar album to date!
Omar first came on the scene in 1991 and has a whole body of work to show for it as well as having worked with many of the hottest artists of our time since then, including Erykah Badu and Common, to name but two. This UK artist has had an impact far and wide since the early 90s and continues to grow his substantial reach with this latest album. 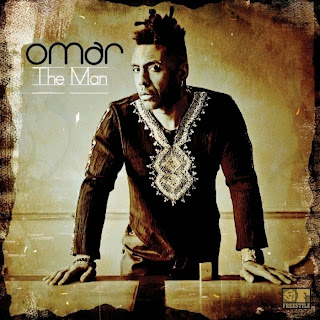 The first single released from this album was its namesake 'The Man'. This single was very well received and was on heavy rotation by both Giles Peterson and Trevor Nelson amongst other influential DJ's.
Our favourites?
'The Man'


The riff on this track just pulls you in immediately. Its driven and deliberately paced. The way in which Omar has created the melody line over this just adds such a driven energy to this track. In typical Omar style this energy still manages to allow you to chill back and almost lay on the beat like a hammock. We love this track.
'Treat You' ft Caron Wheeler


With a funky beat and soft melody line, this is really an ideal track for summer. It takes your mind to a warm summers day with friends creating memories and laughing the night away. Add to that the undeniable power of Caron Wheeler and you have yourself a perfectly sculpted soul track.
'Bully' ft The Scratch Professor


Latin sauciness resides inside the beat of this track. Coupled with the use of the falsetto from Omar and you are sure to be getting up from your seat to shake a little something. Or shake a lot of something. Shake either way!
'There's Nothing Like This' ft Pino Palladino


I adore this version. Pino Palladino is a pure master and this version is simply perfection. I am so glad they decided to do this.
We were interested to see what the new album would give us and we are pleased to say it is a tremendous collection of music. This really is a fantastic album and we would highly recommend adding it to your collection asap. Summer just got a lot more soulful.