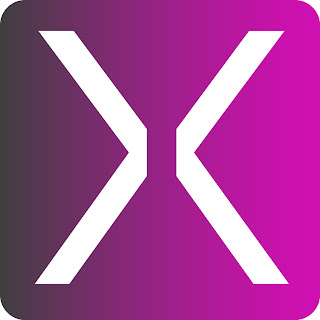 We first met Monique Thomas in 2011 when she appeared as a part of the very first MusicConnex showcase at Under The Bridge. Right from the start we fell in love with her voice, as well as her obvious songwriting talent. The Birmingham native released debut album ‘Unbroken’ in 2011, produced by hit maker Tony Bean (Kelly Rowland) and Monique had a tremendous response to the project. We recently sat down with her to see what she had been up to since we last saw her and what she’s working on now. 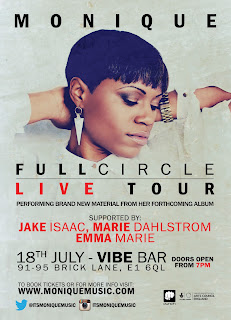 CC: Hi Monique, What have you been up to?

MT: I’ve been doing a lot of singing and doing various shows. I’ve been songwriting and also writing quite a lot of dance music. I even had a top ten in Australia! Universal Australia licensed the song ‘Colourful’ and that was released in Australia and Europe. Remixes were done of that track and one of those placed in the Top Ten charts in Australia which was really cool.

CC: What can we expect to hear from you over the next year?

MT: I’ve also been working on a new project lately. I was able to go full time as a musician in the last few months and we have just started a tour on the 22nd June. This tour is called ‘Full Circle’ and its pre album. I feel like it’s a great chance to introduce myself to people, with this new sound and really get the ball rolling ahead of a new project, which is an album scheduled for release in the spring of next year.

It’s going to be a Contemporary RnB/ Soul album. It’s a real mixed bag in some respects. It’s very different from the previous sound, a very current feel. Writing is so important for me so you’re always going to have great lyrical content. It’s a lot edgier, a lot fresher, and more urban I would say.

CC: As you mentioned, you are already on the ‘Full Circle’ Tour at the moment, what are you most excited for people to hear during this tour?

MT: Just to introduce myself to people and make people aware of who Monique Thomas is. Being able to connect with people on the live stage is so different. I have a full band with me, which always makes for lots of fun. It’s an opportunity for people to hear and experience the new material but also to understand where I was really coming from with the old material as well. The older sound is not defining me right now and I think it’s really nice for people to be able to see my journey. I’ve been singing for a long time and for a lot of people, they may think I’ve come out of nowhere. I am really looking forward to the London date.

CC: How can people find out more?

MT: I will be appearing on the London leg of the ‘Full Circle’ tour this coming Thursday (18th July) at Vibe Bar so I would love to see everyone come and get involved with that.

For press and enquiries, please get in contact - info@moniquemusic.com

Special thanks to Monique for taking the time out of her busy schedule to catch up with us ahead of her London tour date this Thursday. Its sure to be an amazing show!