July the 20th marked the much anticipated MusicConnex’s second showcase of the year. It was refreshing and had an intimate feel to it. As the doors opened people came in pairs, singles and even groups all dressed elegantly. Ladies were in glamorous colourful outfits and the men were looking just as good. An hour before the start of the show you could feel the breeze through the balcony, people bustling and buzzing anticipating the start of the show with Mr Undercover setting the ideal mood with his old school RnB and Soul play list. As the sun set, the candles lit around the bar and the flash lights on the stage completed the mellow setting.

The host Monique Pennie CEO of Purple Reign Public Relations graced the stage stylishly and introduced the line up of the night significantly stressing the south London soul spirit. Some might disagree but as a south Londoner I concur and if you are in doubt I hope the fact that three out of the four ladies on the bill; Reese Robinson, Shan Smile and Shea Soul are all south London based artists will fairly convince you otherwise.

First up was Shan with an acoustic set. Ironically she opened with her track “Smile” which displayed her incredible vocal ranges; a slight low tone yet she also hits high notes. Shan loves the idea of smiling and people being driven expressed in one of her songs “Bite the Bullet”. Lowering the peg on the neck of her guitar she added a Bluesy sound to the track very much reminiscent of India Irie who is one of her idols and she also did a cover of her song “The Truth” exactly like Ms Irie. Personally I think she has a unique sound so I would have loved to hear her do more with the cover and show off her own talent given her undeniable confidence. Her last song “He loves me” was my favourite from her, co-written by her father and his friend who I must say is also a talented musician. Towards the end of the track she did a bit of reggae strumming showing herself as more than a Soul artist!

Next up was Reese accompanied by a full band; keys, drums and bass. Reese has an energetic presence and performs with her whole body it’s like a story; from her facial expressions, hand movements and swaying of her voluptuous hips you are engrossed from the get go. She has that ‘Old but New’ sound so you almost feel like you have heard the songs before. My favourite tracks were “Moods”, and “I Got This” which was her closing track. Lyrically “Moods” made me laugh as it was very honest, there are those days when you are down and cannot be bothered or pretend to be happy. Lastly as a Hip Hop music lover first I enjoyed “I Got This” as she rapped and we were the first audience to hear the song and her rapping which I must say she is pretty good given the fact that she is new at it. She is a true artist who is always pushing their own boundaries and creativity so I cannot wait to hear more of her stuff.

Shea has Soul, fitting to her name. She sings from her heart and writes about things that are dear to her. Her first song “It Should Be You” was a perfect opening track which was a dedication to the same person as her famous track “Where Did you go” which she also performed. I particularly enjoyed the chemistry of her band and the keys player as he occasionally provided some horns to the mix. Brightly dressed bubbling and so free Shea brightened up the night and the crowd could relate to her girlie resonates heightened by her two love tracks “Making Lemonade” and “So High”. Overall I like her Jazzy voice, it’s very different yet interesting in its own way that one cannot help but tap or nod their head as she sings and I spotted Charlene the host for the 1st of June showcase doing just that and showing her support. May her success continue and I look forward to hearing more people buzz about her.

The lady of the night all the way from Texas, Tatiana ‘LadyMay’ Mayfield sealed the show adding a ‘cool’ essence with her blue and silver dress code. The drummer and the drums themselves had their own tone of blue. Of course this was all a coincidence but it summed up the night exclusively. With her trademark flower on the side of her hair she brought in that classic look and you could imagine yourself seated at a Jazz Bar or restaurant like a 1920’s movie. She performed a number of tracks on her album “A Portrait of Ladymay” and I mostly enjoyed “Real” with its solid bass line and constant snare drums complimenting each other. It was also the song that brought her to London after its play on Solar Radio by DJ June Furlong which is not surprising given the station’s musical depth.

Before she hit the stage she confessed to looking forward to performing her song “Overflow”. She didn’t mention why but during her set she dedicated it to the crowd and London for embracing and making her feel at home. It was as she said; “From my heart to yours”. In the spirit of dedication she closed with a shout out to JM and performed her own version of Jill Scot’s “A Long Walk” for him. My highlight during her performance was her smooth saxophone player. Seeing him fiddle his fingers and creating beautiful tones was very sensual. As for the drummer and the keys player they had their own animated delivery and they made faces throughout. For some this was distracting especially as a Jazz set but for others I am sure they appreciated their sense of amusement. LadyMay is an amazing Jazz singer and hopefully she continues to get the publicity she deserves.

‘Harmonious’ describes the night so well. With JM on the decks in between the performances playing amazing tracks including Charlene’s “Good Day” it was a wonderful concoction. The Soul Connoisseur was at his best spinning as if to himself and occasionally taking a sip or two of his drink while providing the perfect ambiance. I believe it is unfair to compare the two showcases as each night exuded its own atmosphere. The first was “electric” and the July one had a “cool” magnetism but they were both equally successful in their own right. This sets a challenge for the MusicConnex team for their next two upcoming shows in September and I have no doubt that they will raise the bar even higher!

Article by: Gaynor Tutani
Posted by MusicConnex at 09:18 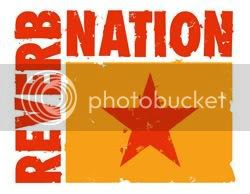